It’s about A Buyer’s Market!

from our friends at New York AM and Green Street Advisors

Hoping to take advantage of wreckage in the wake of the coronavirus pandemic, investors are preparing to snap up commercial real estate at rock-bottom prices.

Long before states and cities closed businesses and issued stay-at-home orders, many real estate funds were stockpiling cash and waiting for a buyer’s market. Some have raised billions of dollars in the last several weeks.

As a result, Blackstone Group, Kayne Anderson Capital Advisors, Starwood Capital Group and other investment firms are sitting on roughly $300 billion of equity ready for deployment, said Douglas M. Weill, a founder of Hodes Weill & Associates, a global real estate capital advisory firm in New York. By comparison, property sales totaled $570.6 billion in 2019, according to Real Capital Analytics, a commercial real estate researcher that tracks deals of $2.5 million and up.

“It’s a staggering amount of dry powder,” Mr. Weill said. “Institutional investors are defensively looking after their own portfolios, but they’re beginning to look around for opportunities.”

This is the second time in the last dozen years that investors have anticipated an onslaught of big property discounts; the 2008 financial crisis also fueled a surge of distressed funds. Yet many that ramped up during the Great Recession fizzled because the expected depth and breadth of distress never materialized.

Will this time be different? Just like the last crisis, when government intervention, loan modifications and other measures “kicked the can down the road” until real estate values rebounded, lenders and regulators hope to buy time using similar measures, including injecting trillions of dollars into the financial system.

In many cases, lenders are trying to accommodate borrower requests to suspend loan payments for 60 to 90 days with an eye toward making long-term modifications later, said Jay M. Sakalo, a lawyer in Miami who specializes in financial restructuring.

As of April, more than 5,000 borrowers, representing 17 percent of $583.8 billion in commercial mortgage-backed securities, had asked to explore forbearance or other relief, according to credit rating firm Fitch Ratings. Unlike loans held by banks and insurance companies, commercial mortgage-backed securities are pools of real estate loans that are carved up by risk and sold to investors.

“The idea is that if we can press pause, we’ll do less damage than telling borrowers, ‘You have to pay, no matter what,’” said Joe McBride, head of commercial real estate finance for Trepp, a research firm in New York. “There’s not a lot of upside to mass foreclosures.”

States and cities did not shut down economic activity during the financial crisis, however, and most tenants still paid rent. But that’s not the case this time. Some 38.6 million people have filed unemployment claims, according to a Labor Department report released Thursday, and millions of small businesses and restaurants are expected to permanently close.

The retail and hospitality industries are suffering the most. For example, Macerich, a shopping center owner based in Santa Monica, Calif., collected 26 percent of its April rent, it said in its latest financial report. Early rent collections for May dropped to 18 percent. And although hotel occupancy has rebounded in recent weeks, it was still roughly 56 percent lower in mid-May than a year earlier, according to STR, a hospitality research organization in Hendersonville, Tenn.

The situation is one that tenants and landlords likely never anticipated, and for many businesses, the ability to survive remains a question.

Barton Perreira, a high-end eyewear brand based in Irvine, Calif., whose products will be featured in the next Bond movie, recently reopened its stores in Aspen, Colo.; Kansas City, Mo.; and Nashville on a limited basis, but its New York location remains closed, said Bill Barton, a founder. He acknowledged that landlords were in a tough spot, and anticipated a reduction in foot traffic for the next six to eight months, compounding financial challenges caused by the closings.

As of mid-May, loan servicers representing 70 percent of the commercial mortgage-backed securities reported that 19.3 percent of hotel loans and 10 percent of retail loans were more than 30 days late, according to Trepp. The end of grace periods could significantly increase those percentages, Trepp noted.

On average, the value of lodging properties slid 16 percent over the last three months, while the value of malls dropped 25 percent and strip retail fell 15 percent, according to Green Street Advisors, a commercial real estate research and advisory firm in Newport Beach, Calif. Commercial real estate values over all fell an average of 10 percent in that period, Green Street found. 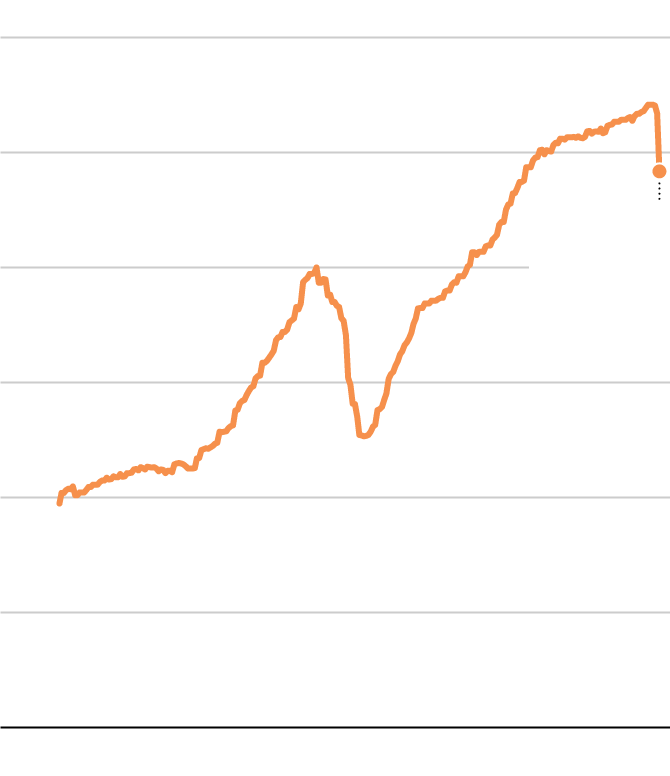 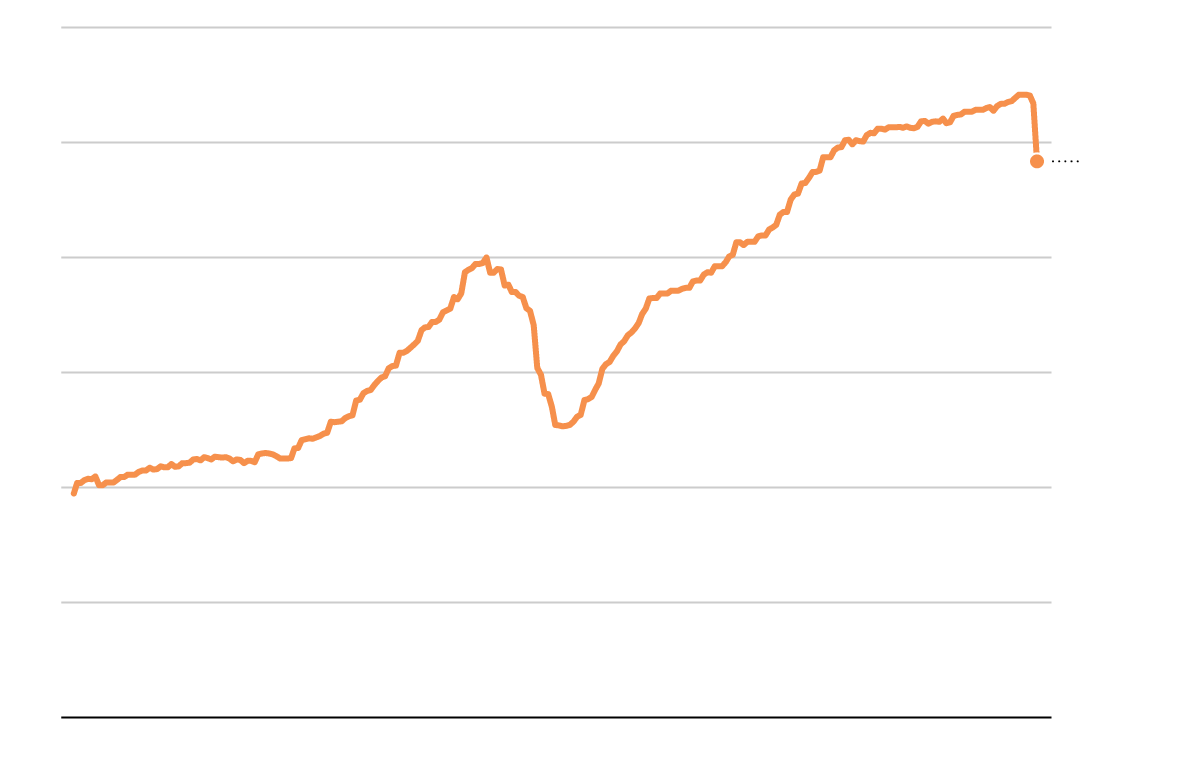 Some property owners that do not have the ability to withstand a downturn are already looking to sell. But given the widespread anticipation of continued erosion in property values, few willing buyers are in the market, experts say.

Every commercial property owner has its specific problems, but mom-and-pop landlords that own a handful of apartment buildings, retail centers or other assets are in a much more compromised position, said Sanford D. Sigal, president and chief executive of NewMark Merrill, a shopping center owner and manager in Woodland Hills, Calif.

“Very few small owners are equipped for this type of market,” said Mr. Sigal, who expected to collect about 57 percent of his May rent from tenants across some 70 properties in California, Colorado and Illinois. “I’ve seen more deals in the past week that were worth looking at than I did in the entire prior year.”

Some borrowers seeking relief from lenders are seeing mixed results. Legacy Development, which owns shopping centers primarily in the Midwest and Southeast, has not received rent from any of its 432 tenants since the beginning of April, said Dan Lowe, managing partner for the firm, which is based in Kansas City, Mo. Legacy Development’s bank and life insurance company lenders have displayed a willingness to work with the company, he said. A loan servicer of commercial mortgage-backed securities has been less accommodating.

“I’m guessing that a lot of opportunities for distress will result from C.M.B.S. borrowers who couldn’t get relief,” Mr. Lowe said.

Mr. Sigal said that he, too, had found bank and life insurance lenders accommodative. He stopped borrowing from lenders in the commercial mortgage-backed securities market because of difficulty working with servicers during the last downturn, he added.

Still, no amount of temporary relief or permanent loan restructuring will save all properties, particularly those just scraping by before the pandemic. Plus, because of virus fears, even retail and entertainment properties that performed well before the crisis are likely to experience less traffic for weeks, if not months, after reopening, said Brian Stoffers, global president of debt and structured finance for CBRE, a real estate services firm.

“It’s going to take a while for real estate’s problems to completely manifest themselves,” he said. “This has been caused by a health crisis that could have life-changing impacts on some properties.”

“This is not a problem that will be fixed only by highly available, low-cost capital,” said Mr. Vigon, who has $300 million in equity to spend. “This is a different kind of dislocation. It’s greater, and it’s deeper.”

Investment firms are sitting on “a staggering amount of dry powder” as they wait for big property discounts brought on by the pandemic.

This site uses Akismet to reduce spam. Learn how your comment data is processed.